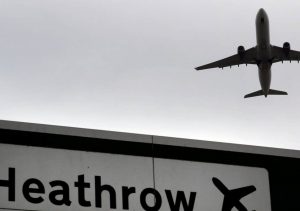 An eco-activist group pledged to disrupt Heathrow’s operations on September 13 at a time when thousands of holidaymakers are expected to return before the school starts.

Heathrow Pause, the group said it intended to ‘exploit a loophole’ by flying toy drones within the restricted airspace.

They message was -“We can’t stand aside any longer. As an act of conscience, we have to act.

“From the 13th September, we will exploit a loophole in Heathrow airport’s health and safety protocols and fly toy drones within its restricted zone.

They believed that the airport’s authorities will respond by grounding all flights and drones will not be flown in flight paths so there will be no risk of harm to anyone.

A 22-page documented detailing of their planned actions was released that included a map of where they will fly the drones.

Before each drone flight the airport will be provided with an hour’s notice and the drone use will start at about 3am and will fly in regular intervals throughout the day.

The group seems to be unaffected in facing criminal charges for their actions if they go ahead.

In a statement they said that they knew they will be arrested and will have to face significant prison sentences for their actions.

They are steadfast in their resolve and were doing this in defence of life although they have families and did not wish to go to the prison.

They are left with no other choice but to act. In order to reduce green house gas emissions and to stop plans for a third runway being built Heathrow Pause has threatened to shut down the airport.

About 219,000 passengers use Heathrow on an average day in a year.

A Heathrow spokesperson  agreed with the need to act on climate change. This is a global issue that requires constructive engagement and action. Committing criminal offences and disrupting passengers is counterproductive.

Drone flying near Heathrow is illegal and anyone found doing so will be subject to full force of the law.

They working closely with Met Police and will use their own drone detection capability to mitigate the operational impact of any illegal use of drones near the airport.

The Met Police spokeswoman stated that they were aware of a protest planned at Heathrow Airport on Friday, 13th September.

Drone flown into the path of an aircraft has the potential to cause great harm and endanger those on board.