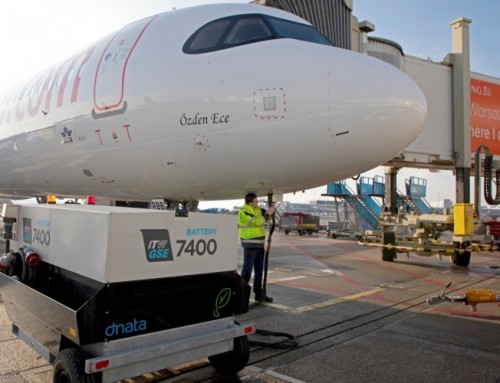 Following a recommendation by the Remkes Committee, Royal Schiphol Group has drawn up an action programme to tackle the emission of nitrogen oxides. The programme intensifies the policy already adopted, as well as being in keeping with the goal that all airports should be emission-free by 2030. The programme provides for several new measures, including the installation of charge points for cooling lorries and hybrid lorries, the installation of Fixed Electrical Ground Power at every gate and the introduction of pushback tugs powered by electricity or hydrogen.

‘We agree with the Remkes Committee that every sector in the Netherlands should help tackle nitrogen oxides’, says Dick Benschop, CEO of Amsterdam Airport Schiphol. ‘Our goal is for our airports to be emission-free by 2030. This programme intensifies the approach we adopted a number of years ago. We can make great strides with measures that tackle multiple types of emission.’

The action programme is aimed at three aspects: transport from and to the airports, measures at the airports and tackling air traffic emissions.

From and to the airport

Schiphol Group stimulates sustainable public transport from and to the airports, including in a financial sense. For example, many electric buses and taxis drive from and to Schiphol, and the airport is contributing 70 million euros to improving the train and bus station. With regard to the longer term, Schiphol is advocating the extension of the North-South metro line to the airport as well as the extension of the railway from Lelystad Centrum to Lelystad Airport. Eindhoven Airport, too, is advocating a new railway station near the airport.

Measures at the airport

Schiphol is further working on far-going electrification of all traffic on the aprons. This is done, among other ways, by increasing the number of electric ground power units, installing Fixed Electrical Ground Power at all gates and increasing the number of electric vehicles and charge points. For the long term, Schiphol is working on sustainable taxiing of aircraft from and to the take-off and landing runways, and on pushback tugs powered by electricity or nitrogen.