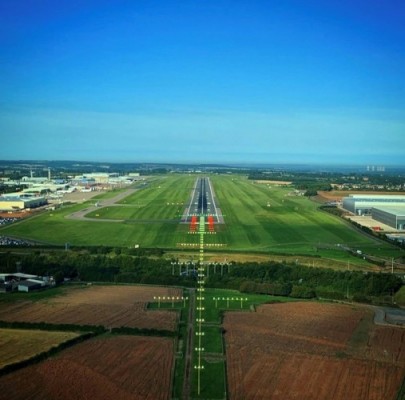 East Midlands Airport (EMA) has begun a two-year project to modernise the airspace it controls.

The UK’s airspace is the most congested in the world but has remained mostly unchanged for several decades. This lack of development means that considerable advances in aircraft design and technology cannot be fully realised in the existing airspace.

As part of a national Government programme, UK airports are playing an important role in modernising the airspace for which they have responsibility. This will keep people and goods moving effectively and will involve redesigning flight paths around the airport as well as the upper airspace that sits above them.

This review will consider all of the airspace East Midlands Airport is responsible for, from ground level up to 7,000 feet. In accordance with the Government’s instructions, the airport will submit a detailed airspace design proposal to the industry regulator, the Civil Aviation Authority (CAA), in 2022 for approval.

The first stage of this two-year process is to talk to local communities, businesses, individuals and others to agree on a set of design principles that will determine the future routes that aircraft will use to fly in and out of the airport.

While not a formal consultation at this stage, anyone can have a say on what they want to see included within the airspace design proposal by Monday 7 October 2019. This can be done by completing an online survey

Karen Smart, Managing Director of East Midlands Airport, said: “In a global and connected Britain, air travel has never been so important. However, the ‘motorways in the sky’ that aircraft follow are old and, in some cases, out of date. The Government has set the aviation industry a challenge; to modernise airspace across the whole of the UK, making it safer, more efficient and more sustainable.

“It’s a privilege to have such an engaged and collaborative local community who give us our license to operate. I’m really excited to work closely with them as we design a modern airspace that works for everyone.”