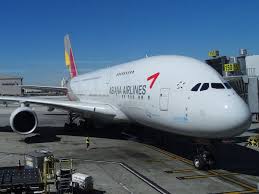 In the midst of the global pandemic COVID-19, now the citizens around the world are wondering when life will return to “normal.” But in some case, there is a “new normal”. Italy and Spain is going to lift their stringent lockdown from May with social distancing. This is becoming a “new normal”.

Most of the countries like China, Vietnam, Malaysia, Thailand and Australia are set to start again or increase their domestic flights as the virus spreading decreases. Many of these flights are government subsidised and solely for the purpose of transporting cargo. Though some are open to public bookings, others will only issue tickets to emergency personnel or essential workers who need to get around.

AirAsia is one of the airlines ramping up their updated flight schedule. They restarted domestic flights amid coronavirus in Malaysia from April and their affiliates will be adding Thailand, India, Indonesia, and the Philippines to their roster barring any government issues.

Qantas Airlines has resumed some domestic flights between major cities in Australia, with the warning that these are part of the “minimum domestic and regional network” underwritten by the national government. Currently, these flights are reserved for emergency personnel and private citizens cannot purchase tickets. But they are keeping planes in the sky and pilots in practice, both of which are important steps toward bringing the airline back to full service.

Vietnam Airlines and its subsidiaries have officially announced plans to increase domestic operations. The action comes in light of the COVID-19 pandemic and is described by the country’s effective containment of the coronavirus outbreak. The airline group including Jetstar Pacific and Vasco mentioned that the decision would contribute to the economic recovery of Vietnam. Vietnam Airlines will operate 11 flights a day on the Hanoi-Ho Chi Minh City route starting from the month of May.

Five separate flights each day will be operated from Danang to Hanoi and Ho Chi Minh City. Jetstar Pacific will also begin to offer services from Hanoi to Da Lat, Nha Trang, and Phu Quoc next month. In addition, flights from Ho Chi Minh to Hai Phong, Thanh Hoa, Vinh, Hue, Da Lat, Nha Trang, and Phu Quoc will also restart. All of these routes will operate once per day.

Croatia Airlines have decided to resume domestic flights from May 11. The operations have been scheduled to resume on a day that internal travel restrictions in Croatia will be lifted. The announcement officially arrived from the Croatian Minister last Friday.The first two domestic routes scheduled to launch are the coastal cities of Split and Dubrovnik. Flights will be operated to the two destinations twice daily, one each in the morning and in the evening. These are also the two most frequent routes served by the airline. However, the capacity on the route is still significantly lower than normal.

Singapore Airlines (SIA) has extended its flight cancellations until the end of May in response to the ongoing coronavirus or COVID 19 crisis. The flag carrier of Singapore had originally cut its flight capacity by 96 per cent in April following a  drop in travel demand and growing border restrictions around the world. The airline also grounded 138 SIA and Silkair aircraft, out of a total fleet of 147. The carrier will continue these flight cuts by only flying to 15 destinations in total in May. The airline said customers whose flights were cancelled “will retain the full value of the unused portion of their tickets as flight credits” and that this can be used to book new travel until 30 June 2021. The bonus flight credits are awarded to customers who choose to retain their tickets as flight credits.

Up in the clouds for this week’s #viewfromawindow captured by @bryangouvan. Wher…