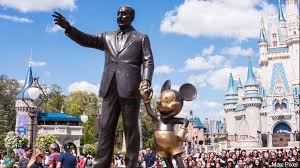 Disney Cruise Line has stepped forward after the company opted to leave some crew members in the Bahamas as Hurricane Dorian approached. The company also announced a $1 million donation to relief efforts on the battered islands.

The cruise line posted a message on its website about its staff that remained on its private island, Castaway Cay, after a tweet went viral from a woman who said her sister was “stuck in the middle” of the hurricane.

“Remember that time (Disney Cruises) left 97 employees on a tiny island in a Catagory (sic) 5 hurricane? I do,” user Meg Green wrote in a since-deleted pair of posts.

The tweet spurred reactions from other users, who admonished the company.

“How could you leave 97 crew members on Castaway Cay, a flat tiny island only 5 ft above sea level, when you had 72 hours notice of the danger?” one user wrote. “None of the families have heard a thing. Corporate greed at its worst.”

Disney Cruise Line posted an update about the situation on its website on Monday.

“Many of our guests have asked questions about Castaway Cay,” stated an advisory message on Disney Cruise Line’s website. “Some of our crew remained on the island and their care and safety is our highest priority. As forecasted, sustained winds on the island did not extend beyond tropical force strength and our crew has returned to their living quarters after spending a few hours in our storm shelter yesterday. Our thoughts continue to be with the people in areas of The Bahamas that are being impacted by this storm and we stand ready to contribute to recovery efforts.”

Some Twitter users also came to the company’s defence.

“There are enough valid criticisms of Disney’s business practices that you don’t need to twist having trained hurricane rideout crews staying on Castaway Cay into ‘EVILCORP ABONDONS EMPLOYEES ON DESERTED ISLAND,’ ” one user wrote.

“So glad to hear that the Disney crew members are safe. I’m still interested though – why not just get them off of Castaway Cay?” Bri Eggers, a KTVB meterologist, wrote on Twitter. “Why have them stay there with the track of Dorian so close? Seems like it would have been better to take the safest precautions and just evacuate?”

“The forecast leading up to this storm showed that Castaway Cay was most likely to experience tropical storm conditions and that is what occurred,” Disney Cruise Line spokesperson Kim Prunty said in an email. “Should conditions have changed, we were confident that our storm bunker, which is constructed to withstand Category 5 hurricane conditions and is 20 feet above sea level, would protect our Crew Members.”

The Walt Disney Company announced Tuesday afternoon it has committed to donating more than $1 million in cash and in-kind support to help recovery efforts in the Bahamas.