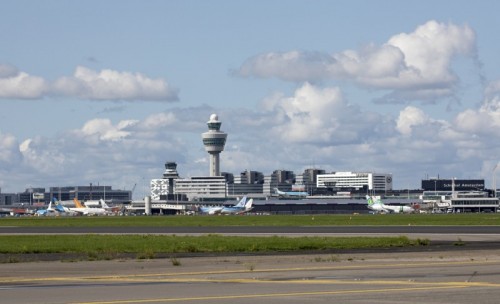 In the words of Schiphol CEO Dick Benschop during his speech at the ‘New Year’s reception of Amsterdam Airport Schiphol, 2020 will be a crucial year for aviation. He called on the government to provide clarity: ‘Offer perspective so we can work together to reduce our impact and increase sustainability.’

Clarity for the surrounding area

The President and CEO called for clarity on behalf of the aviation sector and the surrounding area. Benschop stressed that the government’s chosen direction was a good one: moderate and controlled growth, earned by reducing the number of people experiencing severe noise disturbance in the local area. This approach offers prospects for both aviation and the surrounding area. Benschop: ‘Most of the work has already been done for Lelystad and Schiphol, which can be completed in the short term. Its completion is essential, as time is running out. I would ask the coalition government to deliver on their own promise from the coalition agreement and provide clarity. Connect with the middle ground in society and do not confuse the flanks with the majority. A study shows that controlled growth is supported by more than two thirds of the Dutch population, if subject to various conditions. In other words, the minister and the coalition have a plan that is supported by society.’

Sustainability is the key challenge for the aviation sector. Benschop: ‘We have formulated our ambition and our Climate Plan. As far as aviation is concerned, more of the same will not work. For the environmental movement, merely doing less of the same is not the ambition either. We’re all for a different and more sustainable approach to flying.’ The Schiphol CEO is referring here to measures aimed at encouraging cleaner, quieter and more economical aircraft, sustainable fuels, as well as the use of trains for short journeys within Europe. ‘This plan will only succeed if innovation, investment and policy serve to enhance each other, which is not yet the case. The European Commission’s Green Deal is very important to us. If there is a sensible European approach, with an international obligation to blend renewable fuels, great progress can be made. Schiphol aims to render itself as well as the airports in Eindhoven, Rotterdam and Lelystad emission-free within this decade. ‘Many of the measures that we are taking will have a positive effect on emissions of CO₂ as well as ultra-fine particles and NOx’, said Benschop.

Benschop: ‘The connection with our surroundings is improving. We are listening to the concerns of administrators and local residents. Important initiatives on impact reduction, the living environment and ultra-fine particles have been prepared, together with Air Traffic Control the Netherlands and the airlines. We are in the starting blocks, waiting to get busy with administrators and local residents.’

During the New Year’s reception, Benschop also looked back on 2019. A total of 71.7 million passengers travelled via Amsterdam Airport Schiphol, 1% more than in 2018. The number of air transport movements was 496,833 (-0.5%). The total number of destinations in Schiphol’s network was 333, 6 more than in 2018. The number of tonnes of cargo transported via Schiphol fell by 9% to 1.6 million.

Destinations that disappeared in 2019